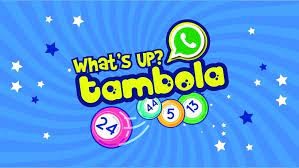 Tambola, also commonly known as Housie or Bingo is a lottery-style board game which was originated in Italy. Tambola is one of the most popular board games in the world. It is played by all age groups from kids to adults. Tambola is played at family gatherings, group of friends, and many other events. It is the go-to game for relaxing after coming back from school or work amongst families. Tambola is loved by kids as well as adults. This game is very easy to play and addictive at the same time.

In any occasion or event, Tambola or Housie is the most preferred game to play along with friends and family members of all age groups. The game can also be played in any party or small gatherings. The game requires a host, some players, number board, number coins and the game tickets.

Let’s first understand how to play the game before we look into the steps to play it over whatApp groups. Or you can say with the physical presence of the participants.

How to play Tambola?

How the player win in Tambola

The players can claim for a win if they have completed/strike off any of the following:

Also, the person should inform the host to claim his win. If he misses out, he may not win the game.

Earlier Tambola was usually played on the Tambola board with the physical presence of the host and participants. But now you can also play it online. Many apps are available online and you can download it and play with your friends. Especially during this pandemic, people are playing games online.

Now we know the rules and understand the game. Let’s look at the steps to play Tambola on WhatsApp or Housie on Whatsapp.

The host of the game is the person who manages the Housie game over whatApp and creates the event. The participants are real players who play the game. There is a need of at least 3 players in the game but the more players you have the game will be more fun and exciting.

Key tasks of the Host:

Step by Step Guide to play Tambola over whatsApp

Create the whatsApp group and send it to the participants.

The very first step, the host will create a whatsApp group. This group should be specific for the round of Tambola game only. The host will invite their friends and family members, who wanted to play the specific round of the Tambola game.

Collect the money by selling the tickets.

Create the game rules like different prizes by winning the challenges.

The Tambola game can be played by multiple rules and all these game rules must be decided by the host before the game starts. The rules must include the ticket price as the number of participants, how to play the game, different conditions/challenges to the winning tasks and winning prize for ultimate winner at the end of the game.

The most common gameplays to be followed:

Game rules to be followed to play Tambola over whatsApp

The host need the share the screenshots of the generated ticket. These tickets will be distributed among the respective participants of the game.

Players must be ready before time

The participants need to draw the provided ticket to a piece of blank paper along with their name and reference ticket ID. You can also take the printout of the ticket.

Host to generate the Housie numbers.

The host can use any online tambola generator application over the web.

Host to announce the housie numbers in the group

Every number generated to be shared in Tambola whatsApp group for the participants to play accordingly.

Review of the tickets.

The players have to shout out STOP to pause the game and share their ticket as a screenshot to the host for validation.

Announcement of the Winner

After validating the ticket the host has to announce the winner of a specific condition/challenge. The respective winning amount must be transferred to the winner via PayTM or GooglePay or the application you want use to collect the money.

The Best Tambola Board Game