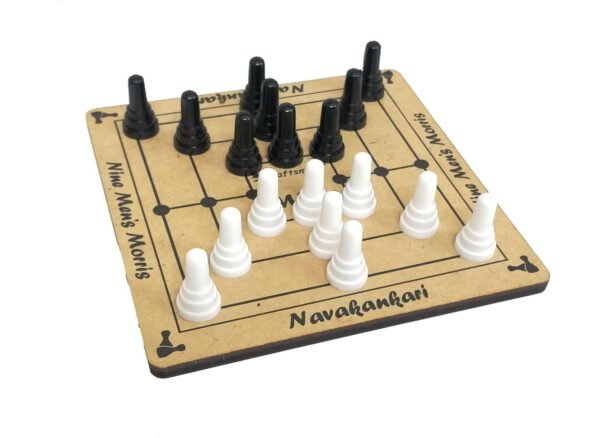 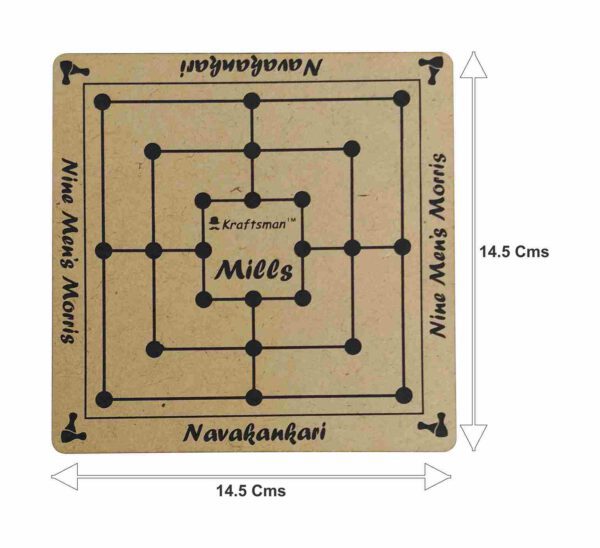 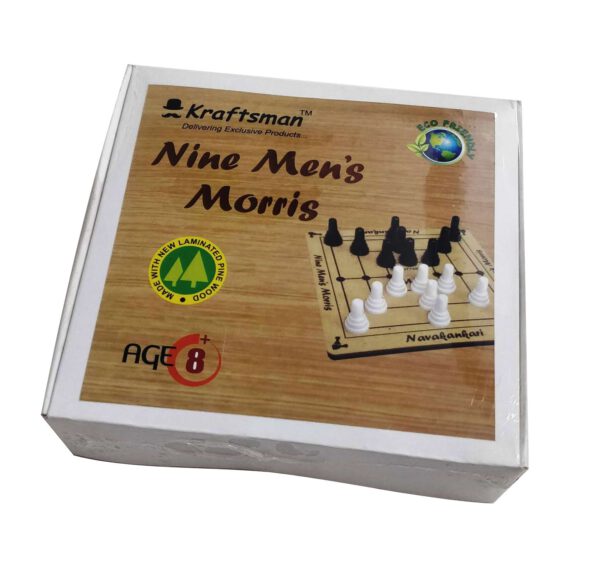 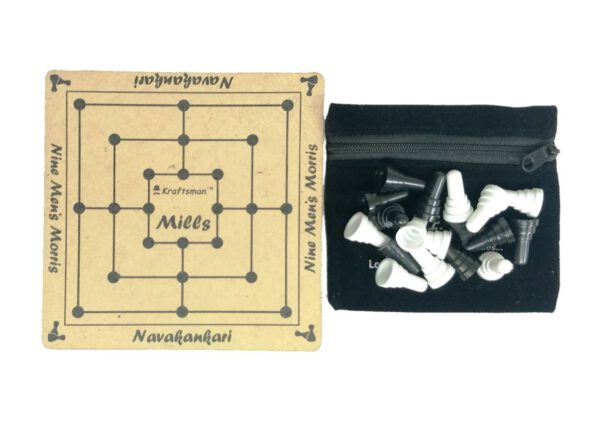 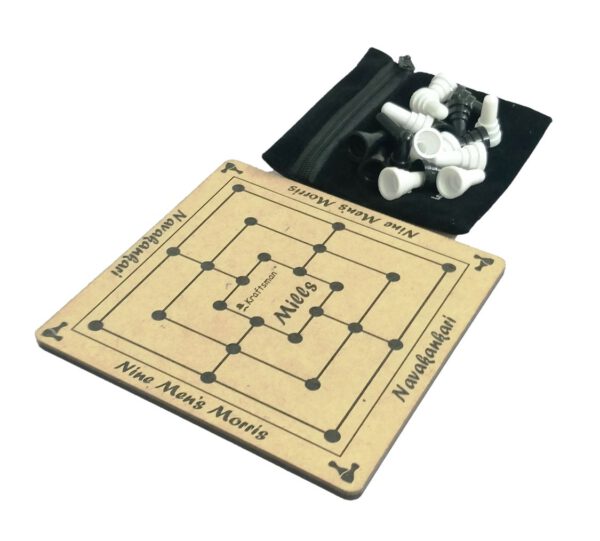 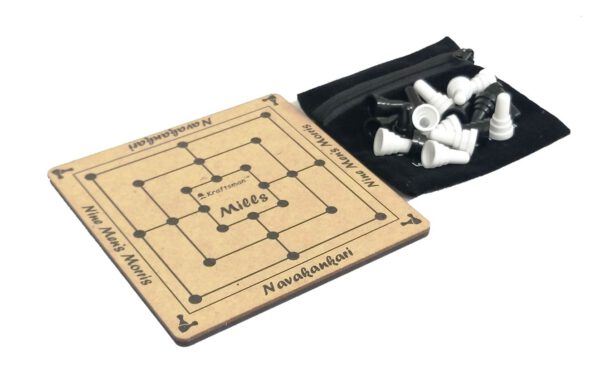 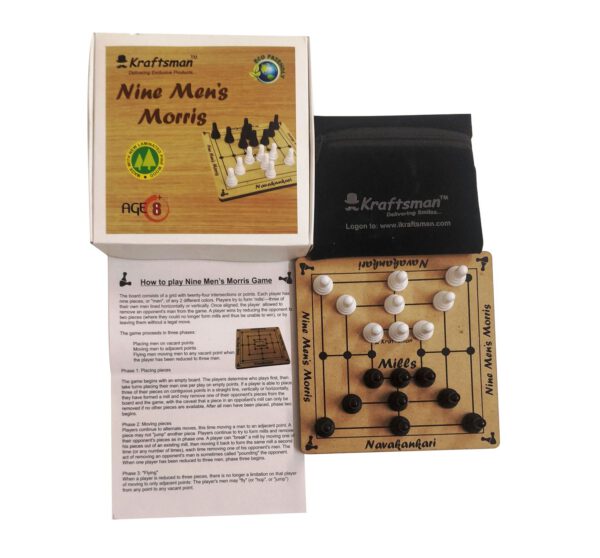 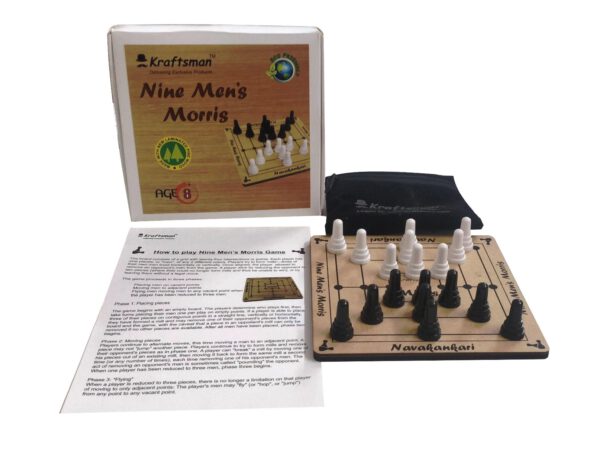 Kraftsman Presents Nine Men’s Morris: The board game testing skills in strategy and planning. The game played by two players. Suitable for children over eight year and above. The game have presences in different parts of the world. This game in the West is called Nine Men’s Morris. In India, it is played under names such as Navkankari, Muhle and Daadi across different regions.

A strategy alignment game where the primarily aim is to get as many points as possible by getting three pawns in a row.

The Two opposing players are given 9 pawns each of two different colours. The players try to move them to get 3 pawns in a row. While the movement of pawns to noughts and crosses makes this game far more complex. The basic aim of a player is to make vertical or horizontal lines with three pawns of same colour.

There are no reviews yet.

Only logged in customers who have purchased this product may leave a review.